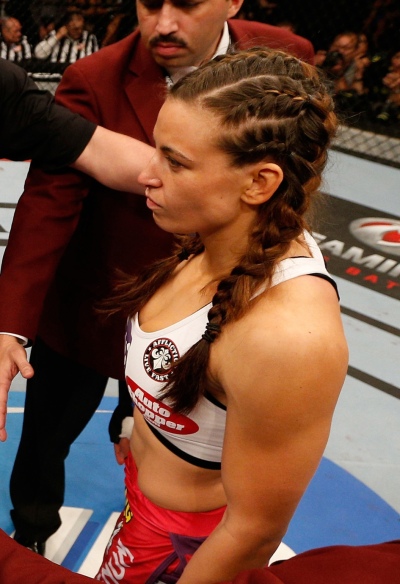 Alev Aktar sure did try it. In the latest digital trolling of black women and theft of our style, the NY Post has declared that braids are the latest trend inspired by, surprisingly, the women’s division of the Ultimate Fighting Championship (UFC). I’m not linking to the article because they aren’t worth the click. And to make matters worse, they are attributing Sasha Obama’s beautiful braided style at the White House state dinner to this trend, displaying a slideshow where Sasha is the only black woman wearing her hair in braids.

For years, women in the UFC and martial arts have been wearing their hair in tight braids during matches to prevent their hair from being pulled and to keep it out of their faces, but just recently, women’s fighting has been gaining in popularity to the general public. And may I note, these women aren’t wearing braids to be cute or trendy, they’re serving a function as they do their job.

Now, I understand why these fighters wear their hair in braids during matches and take absolutely no issue with it, but let’s get something straight – they did not start this trend, and frankly, I’m getting tired of the media giving credit to white women for making styles that black women have been wearing for centuries “trendy.” 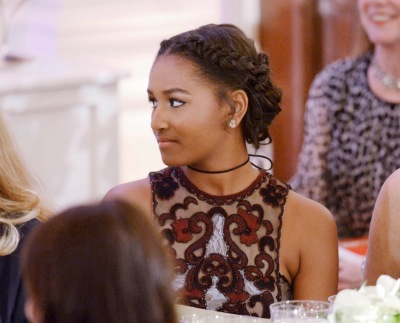 African hair braiding can be traced back to 3500BC, and many of us have been wearing braids our entire lives – microbraids, box braids, cornrows, Ghana braids, and more. However, when black women wear braids, it is often seen as inappropriate in the workplace or deemed as “ghetto.” The second a popular white woman dons braids, it becomes “edgy” and “trendy.”

At this point, I have a question – is the media simply trolling black women for clicks? As of late, when these articles come out, black women have no issue speaking out against this type of appropriation and correcting the journalist on the origin of braids, and still, here we are. I find it highly unlikely that they are simply ignorant of the cultural significance of the style to black women, and are either choosing to ignore the history because they don’t care, or because they know that it will give them attention, even if it’s negative. After all, advertising analytics don’t really care if the click is a result of admiration or anger.

So let’s cut the bullshit – feel free to wear braids at your leisure, just know that they didn’t come from Paris Fashion Week, that K family, UFC, or white pop stars. Give credit where credit is due. That’s all I ask.

What do you all think? Is the media trolling, or are they truly that ignorant?

14 thoughts on “Here We Go Again…Braids Are a UFC Trend?”