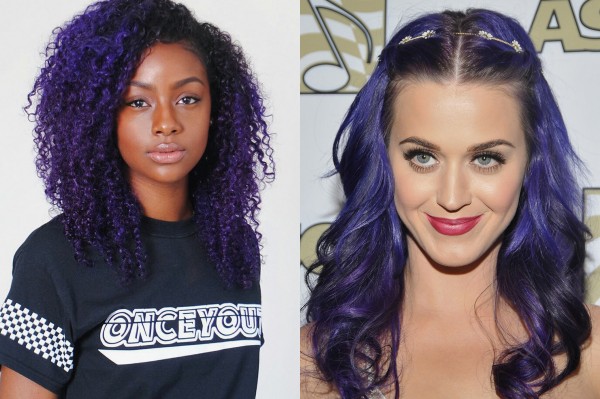 I’ve had a thing for colored hair for as long as I can remember. In middle school, all the skater chicks and alternative girls dyed their hair every color of the rainbow after seeing celebs change their hair color on a weekly basis. We frequently dyed our hair with Kool-Aid and Manic Panic to our parents’ dismay, hoping the rain never came or we’d end up with a t-shirt soaked with orange, purple, or green streaks. At the time, most of these celebrity influences were white, but I never thought anything of it. When Lil’ Kim showed up to the VMAs with a purple wig and her sparkly dress, I thought she looked like a mermaid. When Charli Baltimore blew up on the hip hop scene with neon red hair, I was jealous because I didn’t want to bleach my relaxed hair and have it all fall out. I opted for a more subtle red tint to appease myself.

It wasn’t until I became older and witnessed internet sites like No Way Girl and World Star Hip Hop frequently posting pictures insulting black women with colored hair  and categorizing them as “hood.” Recently, I added purple/lilac highlights to my hair and when I was showing my friend inspiration pictures from Tumblr, he responded that they reminded him of the hair color of “hood chicks in Baltimore.” 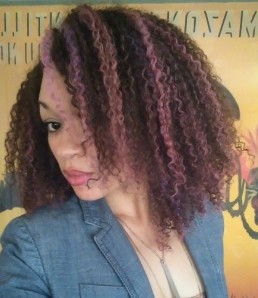 What? I had never thought such a thing about creatively colored hair in my life. And no, I’m not talking about hair that emulates the infamous pack of Skittles hair picture or hair that is green because a woman has a weave made of money.

I’m simply referring to hair that is dyed an unnatural color. But the funny thing is, the current pastel hair trend and creatively colored hair look is donned by non-black women all the time (Nicole Richie and Kelly Osbourne are two of my favorites), and I’ve never seen them referred to as “hood” or “ghetto.” More often than not, people find the look creative and cute – more of a homage to My Little Pony rather than an around the way girl. For white women, the look is considered fun, but for black women, it can be considered cheap and classless. Is this fair? I think not.

When I asked my friend to elaborate on his opinion, he expounded on the fact that the hair adds to an overall look – the weave, fake nails, huge hoop earrings, and any other style stereotypically considered to be “hood.” If you couldn’t tell, I keep putting “hood” in parentheses because I don’t see styles as hood and find that word to be way overused. But is that it? Is the hair itself not classless, but an overall look displayed by some black women? Well, that’s not really fair either. I guess you could say that on the flip side, white women with colored hair and an ill sense of fashion may be considered trashy (Sorry, Courtney Love), so perhaps it could be a look that reminds people of the negative, outlandish stereotypical view of you as a person, regardless of color. Either way, I would say that the smartest thing is to not judge someone off of the color of their hair, because you never know where the inspiration came from, whether it be My Little Pony or Fantasia (the Disney movie, not the singer), or simply a pack of tropical Skittles. And if it were a pack of Skittles, is that so wrong?

Do you consider unconventionally colored hair to be “hood” or “ghetto”? Do you think there is a double standard between white and black women with colored hair?

This post also appears on Black Girl with Long Hair.

10 thoughts on “Double Standard? Why is It Considered “Hood” When Black Women Experiment with Color?”